Review of "1985 ( You Got Something )" from AmazingTunes.com 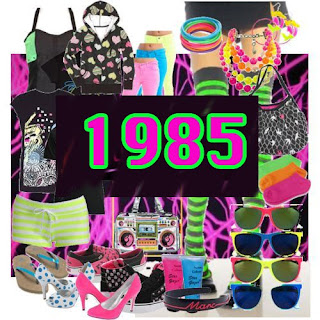 Just came across this review of my 1985 track:

"Some time in mid February a track played on Amazing Radio that still resounds around the office in folklore and myth. A point of contention for some, a movement to raptures for others, Marc Hamill & The Neon Funk Foundation had hit the airwaves with ‘1985 (You got something) Feat. Storm’. Its success on the site soon overtaken by its striking impact on the radio.

A synth warping, heart warming, 80s indulgence of electro-pop, underpinned by modern production and tongue-in-cheek lyrics, it captured everyone’s imaginations. Still now it can be heard in discussions (with hushed tones and guilty smiles) down the corridors of Amazing Towers.

Marc Hamill had set a precedent, or rather a standard for which the amazingtunes.com users’ (cheesy?) indulgence could find expression, and it wasn’t without reason that we thought few tracks could seize our attention with quite so much flair." 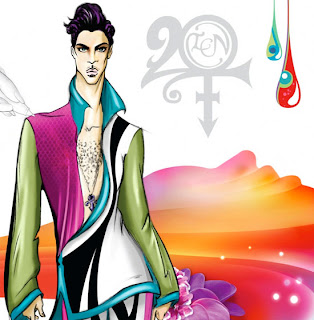 Prince - 20Ten
"Here comes the Purple Yoda!!! "
Although I am a massive fan of Prince, I must say that over the past 10 years, I have been more than disappointed with the mediocre output from the purple one. With a few exceptions, the lack of quality control since leaving Warner Bros. has left me and fans around the world frustrated and often alienated.

This album was released in the uk as a free CD with the Mirror newspaper. The newpaper cost 65p. To be honest, I didn't think it would be worth the money.

Now I'm not going to give a track by track analysis of 20Ten, but I will say this - If you are a music fan, it would be the best 65p you could ever spent. If you are/were a Prince fan - you need this CD. Quite simply - I love this album!! Prince finally gives us an album that is smooth, cool, understated, funky and organic. The mix of linn drum, synths, guitar, bass, occasional horns and supreme vocals is just right. This is a well executed pop album pure and simple. No over the top brass sections, no crazy chord progressions, no pretentious self indulgent cheezy lyrics and no over produced guitar, brass and midi arrangements.

The whole album flows and grooves from beginning to end. There are a few ballads which seem timid on first listening, but work in the album context regardless. Even the Prince rap parts are fresh - the secret track 'Laydown' had me get up n start groovin to 52 year old MC Prince.

I listened to the album on my laptop with itunes and interestingly, when the album finished ( unbeknown to me ) the next ablum itunes loaded up was 'The Glamorous Life' by Sheila E - Produced by Prince in the 80s. I didn't realise that I was no longer listening to 20Ten until Sheila E's vocals came in. This for me is most definatly an indication that Prince has got his production mojo back.

"From the heart of Minnesota, here come the purple yoda"
Posted by Marc Hamill at 12:43 No comments:

1985 (You Got Something) Feat. Storm by Marc Hamill

Email ThisBlogThis!Share to TwitterShare to FacebookShare to Pinterest
Labels: 1985 ( You Got Something ), Marc Hamill, SoundCloud
Newer Posts Home
Subscribe to: Posts (Atom)